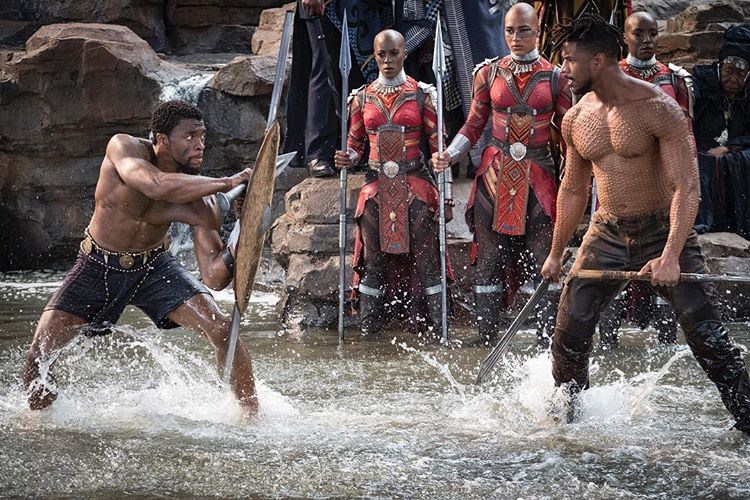 You can expect my review shortly, but for now let’s focus on the man behind the role. The man behind the black suit. Chadwick Boseman is the name and you’ve probably seen him in many many roles in the past decade. Most of them were him playing an actual real life character to be honest, but he was great nevertheless. He was Floyd Little, he was Jackie Robinson, he was James Brown and of course Thurgood Marshall in last years biopic Marshall.

But his fans also know Boseman as T’Challa. And as the Black Panther. So, after the stand out performance in Captain America: Civil War, Chadwick Boseman got his first solo movie, and frankly he did not disappoint.

Director: Ivan Reitman
Stars: Kevin Costner, Chadwick Boseman, Jennifer Garner…
Fun fact about the movie: Chadwick Boseman agreed to take the role as Vontae Mack after a Skype call he had with Director Ivan Reitman. Boseman first wasn’t sure if he wanted to play another athlete, or do another sports movie right after 42 (2013), where he played Jackie Robinson.

Directors: Anthony Russo, Joe Russo
Stars: Chris Evans, Robert Downey Jr., Scarlett Johansson…
Fun fact about the movie: Chadwick Boseman (T’Challa, a.k.a. Black Panther) underwent a vigorous training program to get in fighting shape for the character. While admittedly not a big reader of comics as a kid, Boseman read as many comics as possible for anything Black Panther-related. Boseman also recycled the Xhosa accent he learned for Message from the King (2016), for the character.

Director: Fabrice du Welz
Stars: Chadwick Boseman, Luke Evans, Alfred Molina…
Fun fact about the movie: Chadwick Boseman stated in an interview that he based his accent he uses for the Marvel character Black Panther from a film he was working on where he played a man from South Africa. It is clear now that this is the film to which he was referring.

Director: Reginald Hudlin
Stars: Chadwick Boseman, Josh Gad, Kate Hudson…
Fun fact about the movie: This will be the fourth biographical figure played by Chadwick Boseman. He has also starred as James Brown in Get on Up (2014), Jackie Robinson in 42 (2013), and Floyd Little in The Express (2008).

I love it that you’re not Bridezilla ...