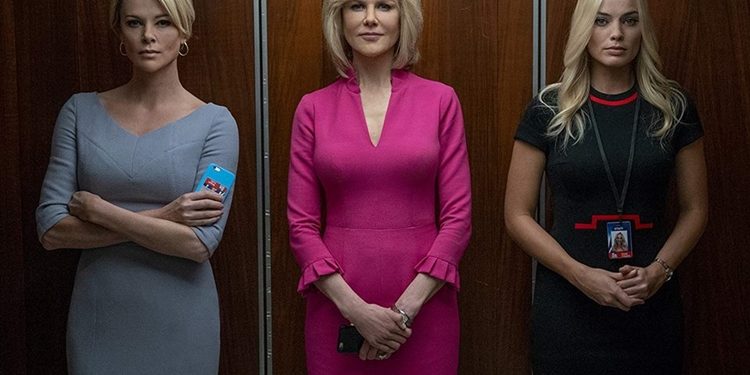 I’ve said it before, I’ll say it again. Less is more when it comes to the movie trailers, and especially the first trailers.

The majority of the movie/TV trailers have the distinct flaw of revealing more than we really need to know about the story, the characters and even some of the spoilers in the movie in question. There are some good trailers out there, but in the ever-increasing age of click-bait and the ongoing fight for more views, the Bombshell trailer is a much-needed change from the depressing norm that we’ve been accustomed to.

Why? Well, because it avoids all of that. Bombshell really surprised me, and it was also a pleasant surprise to the majority of the viewers on YouTube as well. Just check out the comment section bellow the trailer. Comment after comment praising the trailer’s originality, the lack of reveal and the almost teaser like quality. It showed the three main characters, the atmosphere that we’ll eventually see in the movie, and some of the supporting actors (I saw a glimpse of Kate McKinnon) and that’s about it.

And it’s not like that the topic that’s about to be portrayed in Bombshell is new. Hell no!. We even saw a detailed expose of that in this year’s hit series The Loudest Voice.  I’m guessing that the Bombshell movie will focus more on the female victims of Roger Ailes’s tyrannical rule of Fox, and less on him personally (even the movie’s title is suggestive of that) and I love that.

Oh and you know who will be playing Roger in Bombshell? John Lithgow! Yes!. So it has Nicole Kidman, Charlize Theron, Margot Robbie, Kate McKinnon in the roles and John? Awesome! Oh and Alisson Jenney too!. I can’t wait to see them both again They were great in I, Tonya and I think they’ll do a fabulous job again in Bombshell.

Bombshell premieres on 20th of December and this is the awesome first trailer.

I Am Patrick Swayze: A Beautiful Love ...

Why Is Everyone Surprised By Bill Hader?