Share:
Overall score9.5
9.5Overall Score
Blade Runner 2049 is a slow burner of movie that is truly an upgrade from the original 1982 film. Nearly a master piece, it's the kind of a sequel that every movie deserves. Lead by a great director, and with great acting in it, Blade Runner is a visceral and thought provoking fantastic piece of film-making. You really should't miss it.
Share on Facebook Share
Share on Pinterest Pin it
Share on TwitterTweet
Send To Devices Send

There was much trepidation and exhilaration among the fans (me included) of the 1982 Blade Runner when we first heard the news of the sequel. Yes, there were talks about doing the sequel dating from the late 90’s but none of them ever materialized. Well that was until 2011, when it was actually announced that Ridley Scott would lead the production of a new Blade Runner film, and back in 2015, the sequel was confirmed, with Denis Villeneuve as its director. Blade Runner arrived to movie theaters this week and I must say that it’s beautify crafted, meticulously directed and well-acted sequel that made the waiting well worth it.

As the title suggests, the sequel takes place in the year 2049. K (Ryan Gosling) a newer model of replicant created to obey, works as a “blade runner” for the LAPD, hunting down and “retiring” rogue older model replicants. One such assignment will lead him to the „protein“ farm of the  rogue replicant Sapper Morton (Dave Bautista), but what he will find there, is much more than a resistance from Morton. He will find the remains of Rick Recard’s (Harrison Ford) complicated past. So in order to solve the case and to discover the truth about his own past, he will attempt to find now secluded Deckard in the ruins of Las Vegas. 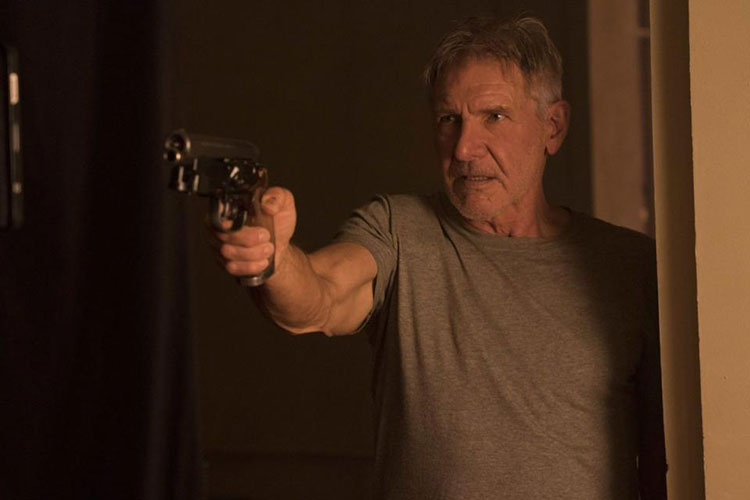 There is no fine line that separates the visual aesthetics from the core material here. Actually, what you’ll find more is a beautiful blend of imagery and refined storytelling that drives Blade Runner 2049 in those mammoth 163 minutes of runtime and it becomes such a rare treat as the movie progresses. You can mostly thank the director Denis Villeneuve, cinematographer Roger Deakins, screenwriters Hampton Fancher and Michael Green and the cast for that. The wholly trinity of film-making if you ask me. But at the same time, there is a beautiful fluid of theme explorations and gorgeous set pieces that encapsulate the very essence of the Philip K. Dicks’s desolate future.

In all those themes I’m talking about, here for starters  you’ll find the possibility of replicants reproducing. You’ll find the infliction of dread and fear from the possibility of those 2 different opposites (humans and replicants ) mixing, but you’ll most find the fine blend cultural nostalgia and creative dystopian imagination in the tone. That perfect balance that makes this movie so good despite the slow pace and 163 minutes that you’ll have to spent stuck in a chair. 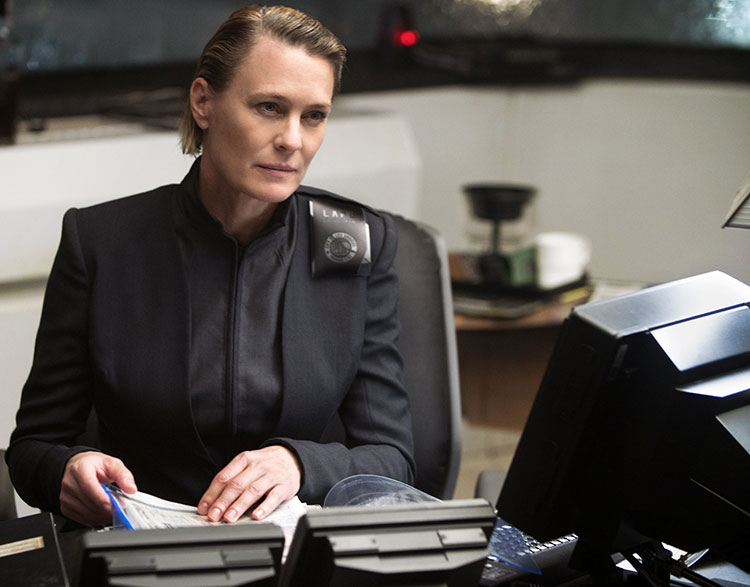 There are also themes that are sort of in the background but oh so worth mentioning. The point of making a memory specifically designed by a very creative companies and implanting it as it was our own for instance. Ryan Gosling’s K, who spends much of the story struggling to make sense of a childhood memory that may or may not be his own, and unlike Deckard in the original movie Agent K here actually does an impressive detective work i must admit. And speaking of K, in him you’ll also find the longing of a human like connection, even if it’s between two artificial creatures, a notion that is beautify depicted in his relationship with Joi (Ana de Armas).

However, what impressed me the most here, were actually two things. First how the arch of the characters is developed enough to be intriguing but not stuffing, and that is especially true of the lead. K is a compelling character and you’ll be actually invested in his back-story. As for the others… You can find much about their characters even from the conversations they have, but also from their actions.

And secondly i applaud the casting of almost every character in 2049. Gosling is fantastic and intense in the role of K, and you won’t get bored of his muted and subdued performance here even though he’s in pretty much every scene. There are quite a few actors  that have one or two scenes to shine here (Carla Juri, Dave Bautista, David Dastmalchian, Barkhad Abdi, Lennie James and even the Academy Award winner Jared Leto), but i’m actually really glad that Harrison Ford is a second fiddle here. He’s in the last 40 minutes, and yet his presence and time in front of the camera is really utilized.

Sylvia Hoeks in the role of Luv is the real MVP of the movie and it’s basically the breakout performance I’ve been wanting to see, but all and all…. Blade Runner 2049 is a slow burner of movie that is truly an upgrade from the original 1982 film. Nearly a master piece, it’s the kind of a sequel that every movie deserves. Lead by a great director, and with great acting in it, Blade Runner is a visceral and thought provoking fantastic piece of film-making. You really should’t miss it.