She came to notice in the 1970s for her role as Laverne DeFazio on the television sitcom Laverne & Shirley (1976–1983), receiving three nominations for the Golden Globe Award for Best Actress – Television Series Musical or Comedy for her portrayal.

In the 80’s she progressed to directing and producing making her directorial debut with Jumpin’ Jack Flash (1986). Her next feature Big became the first film directed by a woman to gross more than $100 million at the U.S. box office, and her last directorial effort was with Riding In Car With Boys from 2001.

Her movies promoted feminist causes, had female leads and were ahead of their time. Penny Marshal made moves about the female empowerment, when most of us didn’t even know what it represented. She was one of a kind. 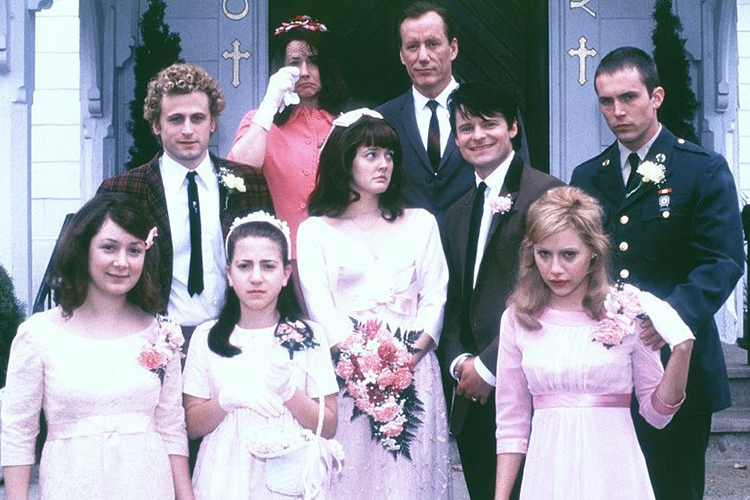 But while we pay our respects to the talented Penny Marshall, let’s look back at some of her directorial efforts. Let’s rank the movies directed by Marshal from worst to best and remind ourselves of the immense talent that was Penny Marshall.

Stars: Denzel Washington, Whitney Houston, Courtney B. Vance…
Fun Fact About The Movie: In 2009, Whitney Houston revealed on The Oprah Winfrey Show (1986) that by the time The Preacher’s Wife (1996) started shooting, her cocaine and marijuana habits had gotten so bad, that there was never a day, while filming the movie, on which she had not done some drugs.

Stars: Whoopi Goldberg, Stephen Collins, John Wood…
Fun Fact About The Movie: According to Penny Marshall’s memoir ‘My Mother Was Nuts,’ the script had numerous versions. Nancy Meyers and Charles Shyer wrote one for Shelly Long as the star. A version by David Mamet was filled with profanity.

Stars: Danny DeVito, Gregory Hines, James Remar…
Fun Fact About The Movie: Throughout the movie, the recruits treat Private Haywood (Mark Wahlberg) as if he has no rhythm, leaving him out of their rap song, and making fun of him when he is trying to keep a beat on the desk. In real-life, Mark Wahlberg was a professional rapper.

Stars: Tom Hanks, Geena Davis, Lori Petty…
Fun Fact About The Movie: During filming of the World Series games, stars took turns entertaining the unpaid extras. Tom Hanks did puppet shows over the dugout, Rosie O’Donnell did stand-up comedy; and various actors pretended to be Madonna and sang her songs after the singer balked at performing for the fans.

Stars: Drew Barrymore, Steve Zahn, Adam Garcia…
Fun Fact About The Movie: Ironically, Steve Zahn (Ray) is a college graduate and Drew Barrymore (Bev) is a high school dropout, contrary to the characters they play in the film.

Stars: Tom Hanks, Elizabeth Perkins, Robert Loggia…
Fun Fact About The Movie: According to Robert Loggia, on the day they filmed the famous keyboard scene at F.A.O. Schwarz, he and Tom Hanks noticed that doubles dressed like them were on hand just in case the two could not do the dance moves correctly. It became their goal to do the entire keyboard number without the aid of the doubles. They succeeded.

Stars: Robert De Niro, Robin Williams, Julie Kavner…
Fun Fact About The Movie: When filming the scene where Dr. Sayer and the security guards attempt to restrain Leonard, Robin Williams accidentally hit Robert De Niro in the face with his elbow, breaking De Niro’s nose. De Niro later commented that his nose had been broken before, in the opposite direction, and this injury actually straightened it back out.

Tagsa league of their ownawakeningsbigpenny marshallriding in car with boys
Share:
Previous Article