And by back… I mean in front of the camera welcome back.

Yeah, that’s right. The veteran actor and director is presenting his latest movie later this year, and for the first time in 6 years, he’s also starring in it.

The Mule is the name and is not only directed by Eastwood, the man himself stars in the lead role. Eastwood is Earl Stone in Mule. A character inspired and based on the true story of Leo Sharp, – World War II veteran in his 80s who became a drug dealer and courier for the Sinaloa Cartel.

The film also stars Bradley Cooper, Dianne Wiest, Michael Peña, and Laurence Fishburne, and although Clint and I have massive differences in opinions about the politics, and pretty much everything else… I have to say that I respect him as a director and as an artist in general.

And it feels good to see him in front of the camera too. It’s been a while since Trouble with the Curve, and I hope that this movie will turn out to be better than the 2012 flick. Oh and let’s not forget that it’s not since the 2008’s Gran Torino, that the man directed himself in a movie… 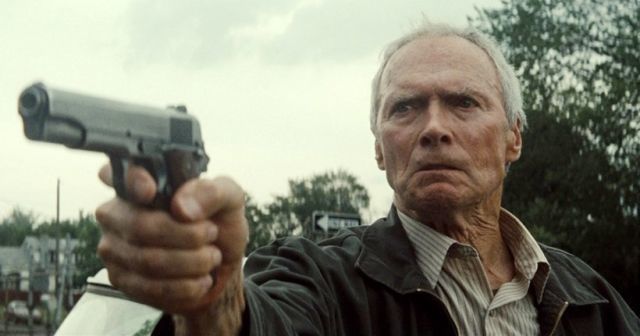 So yeah… I’m looking forward to this one.

And as for the man he plays in The Mule…Leo Sharp was known by the name of El Tata during his criminal career. Sharp’s success in eluding the detection of law enforcement for over 10 years while transporting thousands of pounds of cocaine catapulted him into urban legend among drug traffickers who knew of his exploits. He used a Lincoln pick up truck to transport between 100 – 300 kilograms of cocaine at a time from the southern U.S. border to Detroit, Michigan.

Sharp was released in 2015 after only serving a year in prison due to declining health and died in December 2016 at the age of 92.

The Mule is scheduled to be released on December 14, 2018, by Warner Bros. Check out the first trailer.

And The Oscar Goes To… Christian Bale

Thanks For The Movies Chris!