Share:
Overall review8
8Overall Score
Led by fantastic performances, steady direction and eclectic, funny and insightful script, I Tonya is a movie that deserves a gold medal. Margot, Allison and Sebastian shine in I, Tonya and in portraying one woman's journey from rags to greatness and back to the rags all over again.
Share on Facebook Share
Share on Pinterest Pin it
Share on TwitterTweet
Send To Devices Send

The first time I ever heard about Tonya Harding was ironically in one segment of Robin William’s stand up special called Robin Williams Live on Broadway. That was back in 2002, and since I don’t follow the sport of figure skating, I wasn’t aware of Tonya Harding or her notoriety before that.

What pains me to say about her from that stand up special (and from watching I, Tonya) is that she sadly became a punchline. Not just the butt of many jokes (even from the great Robin Williams), but she became an actual punchline of a joke, and it’s as sad as it is heartbreaking even today. But I, Tonya want you too see Tonya’s story not just from her perspective, but from almost everyone that was involved in her life. 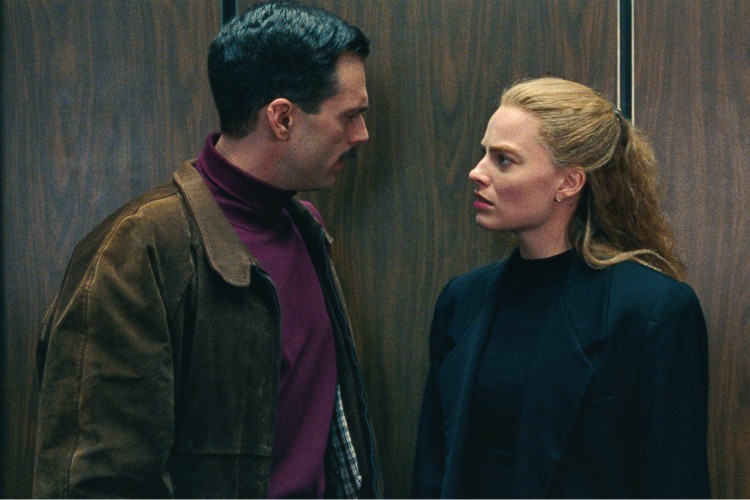 I, Tonya depicts the life, career, rise and eventual disgrace of one of the most talented athletes ever. Played by Mckenna Grace as a child and Margot Robbie as an adult, I, Tonya actually starts with Tonya Harding’s highs and lows from her difficult childhood in Portland, and ends with the tragic end of her skating career. The movie also depicts the abuse she suffered from her mother Lavona Golden (Allison Janney) when she was just a child in Portland, to the abuse she got from her first husband Jeff Gillooly (Sebastian Stan), and the events leading up to the incident involving Nancy Kerigan.

I, Tonya is one funny, and tragic movie all at the same time. I thought it cannot be possible to portray those opposites, but apparently with a great script (written by Steven Rogers), eclectic and innovative directing from Greg Gillespie and of course with the help of the fantastic performances from most of the cast it can be done beautifully. And the result is one flawed but one hell of a movie. 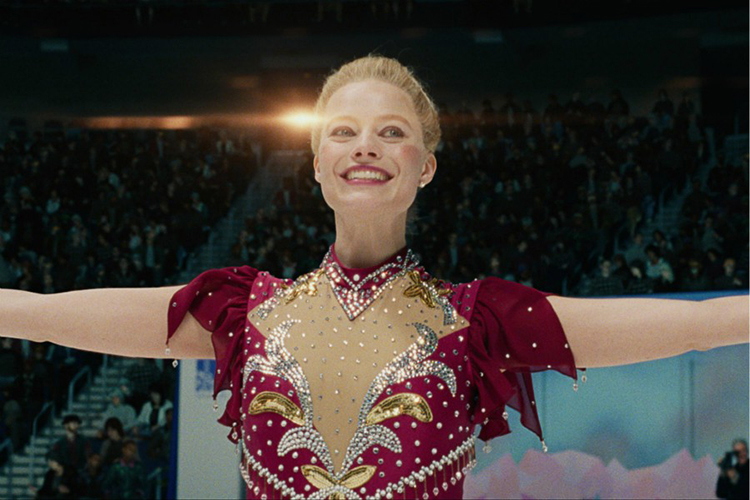 But let’s star there. With the performances. To say that Margot Robbie is exceptional, would be an understatement. She actually gives a career high performances and is truly captivating as Tonya Harding, despite the fact there is little resemblance with the famed figure skater. If you think about it, she pull a Fassbender. Yup. Michael Fassbender looked nothing like Steve Jobs, but managed to capture his essence and character in a matter of true acting giant. Robbie here gives a sympathetic, funny and heartbreaking version of Tonya Harding that is just painful to watch at times.

This is Margot’s movie. She carries the movie on her shoulders, but I’m happy to say that she’s not carrying the weight all by herself. She’s got great support from the rest of the cast and oh boy what a cast it is. Allison Janney absolutely brilliant as the terrible, abusive and misanthropic Lavona- Tonya’s chain-smoking, parrot loving stage mother. I kept waiting to find some silver lining, some redeeming quality in her, I just couldn’t. Spoiler alert * She will remain bitter and terrible mother right until the very end.

Sebastian Stan, Julianne Nicholson and Paul Walter Hauser are equally captivating in their own way, but let me compliment the style of I, Tonya too. Gillespie managed to tell the story of Tonya Harding not just from her perspective but from everyone else’s. And trust me it’s not that easy sometimes, but here Gillespie and Steven Rogers make room for every character to say their side of the story.

Through face to camera style interviews, through breaking the fourth wall, and through a mockymentary style of storytelling that gives more screen time to the supporting characters.

But I’m guessing this is a reverse (greatness to scandal) story about the resilience of one woman. She was abused by her mother, then by her husband, and in the end by the public. She had to fight everyone around her to prove that she’s something other than white trash. Hey even the judges in the skating rink considered her not worthy of a medal.

But hey… Margot Robbie and the rest of the crew deserve a big shiny gold medal for making this movie. It’s truly a fine piece of film art.

The genius called Mark Romanek (and some ...