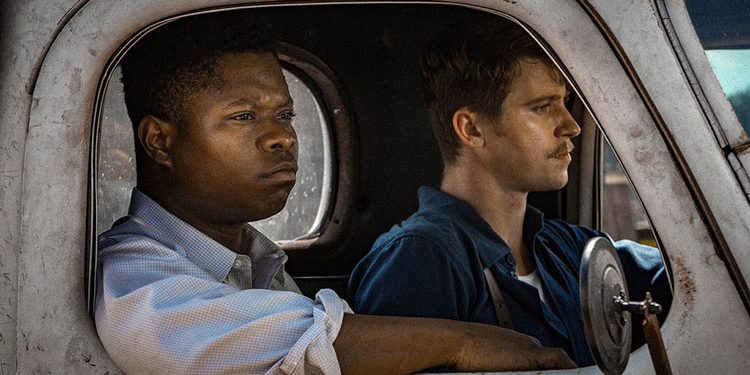 Great book that the movie is based on, great director behind the camera and great cast in front of it. Oh yeah and great distributer too. That’s all for Dee Rees’s Mudbound.

The first trailer for the period drama Mudbound is officially out, and in it, a family who have relocated to rural Mississipp will find themselves in a desperate struggle to cope with numerous issues, including racism and a relative’s return from World War II.

Mudbound was already shown at this year’s Sundance film festival, and premieres on Netflix on November 17, 2017.

Laura McAllan is trying to raise her children on her husband’s Mississippi Delta farm, a place she finds foreign and frightening. In the midst of the family’s struggles, two young men return from the war to work the land. Jamie McAllan, Laura’s brother-in-law, is everything her husband is not – charming and handsome, but he is haunted by his memories of combat. Ronsel Jackson, eldest son of the black sharecroppers who live on the McAllan farm, now battles the prejudice in the Jim Crow South.